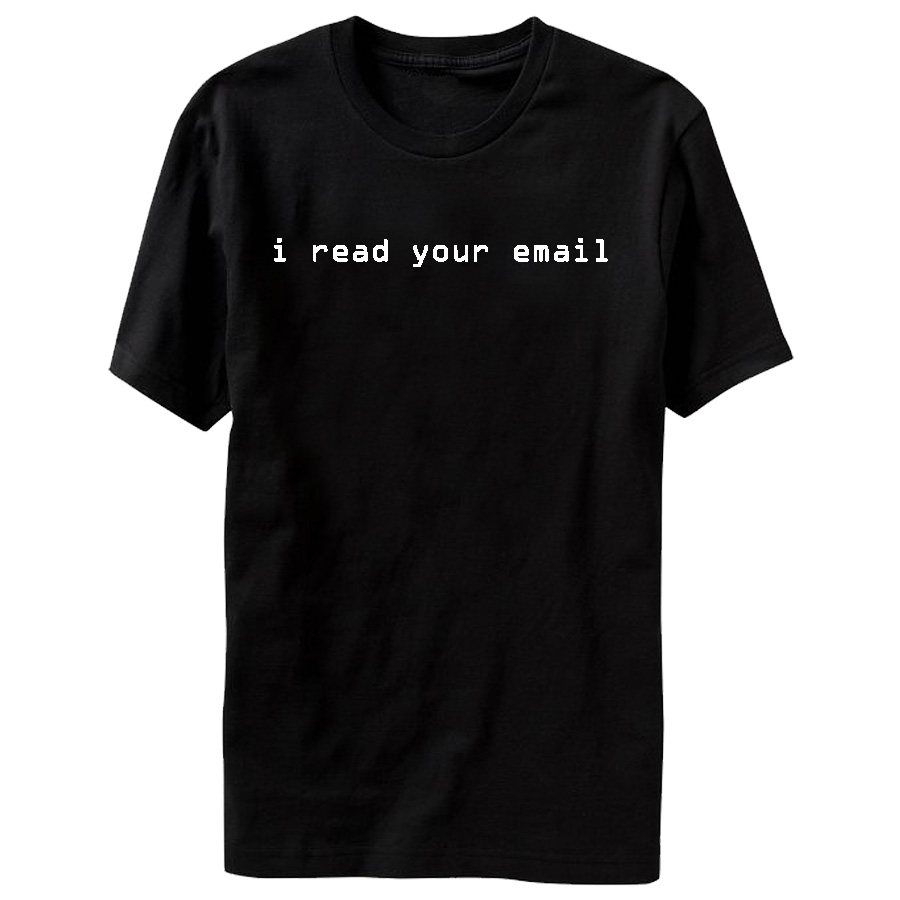 You didn’t know that we are being scanned? This is about a lot more than the kids sharing things they should not share on Facebook. If you know me then you know that I have been talking about this for some time.

I am still more amazed than surprised. People do not seem to suspect that our US security people have been scanning and gathering information about us widely, and wholesale. Of course, they have and for years, even in those pre-technology days. The thing is that there is this balance between liberty and security. A human struggle with the balance of powers, if you will, and there always has been. I tend to think that we have the very best political and economic system possible. The future should be bright, we can continue to pay it forward and keep improving our lot on this earth. Just don’t forget what we have learned in the past.

Technology has changed the landscape.

The thing is that today we have these awesome tools of technology and the public’s love of all things social to fuel the data mining. It isn’t like someone has to come and talk to you. No soldiers are canvassing your neighborhood going through houses searching for …something. But that is exactly what they are doing; you just don’t see it happening.

Allow me to draw an analogy, besides the one I just made. Visualize that is the year 1976 and you are driving down the street. The police pull you over and start searching your car. You protest, and they ignore you, there is a pat down perhaps. Next they locate your briefcase and jack it open, and are going through that. Next they find your address book and calendar in the briefcase and take those. (Remember those are all on paper and quite chock full of information. Are you protesting out loud, possibly in a struggle? You bet you are! No warrant for search and seizure. No, you did not do anything and no, the authorities did not bother to even get a warrant. Just somebody’s mistake to pull you over? Maybe. Maybe they don’t like your activities in some political group you have been involved in. That could be it. (We could bring up race, or class here, but you get my point.) What we would not have tolerated in the past or in real life seems to be acceptable if it is “only virtual” or online.

I used to think that keeping your privacy, was not a big deal. After all you are in the phone directory and if someone wants to find out about you badly enough, they can. Just use reasonable precautions. That is true, but as time goes on I have become more lax. It is still possible to be completely anonymous on the internet, but it takes more effort than before. Why? Because we have made it easy to be scanned because it is convenient in the marketplace and in our social spaces. The government Ala the NSA is taking advantage of that ease. We are being scanned by the NSA because the technology is there and because they can.

Today there is a ton of information that can be found about us, not just the usual facts like where you live and where you work. There is much more that can be seen with technology; in real time.

I am sure there is more if you would like to search. Unless these things can be, and are encrypted, they can be captured. It has to stop. I do prefer to think that it is a matter of overreaching government policies enacted by humans, rather than some willful abuse of powers. Perhaps you still don’t care. You have not done anything wrong, so you have nothing to worry about? All the kids are sharing everything now and will continue to do so.

I don’t believe that.

The bell tolls for thee.

Privacy is not the same thing anymore and will not be in the future. When people know they are being watched they can no longer act as free individuals. It impacts even the most trivial exchanges.

Why should you care?

Why should you care? Enter: Edward Snowden on 09.06.2013. Is he a whistleblower, or a traitor? This is interesting because the press is using the word whistleblower. Remember the wikileaks? Then the media folks were using the word traitor. It’s propaganda depending on what perspective you have.

I’ll tell you why you should care. Because “they” are just scanning everything and everyone by default and even storing it for a time. No need to have a reasonable cause. They feel the justification of authority without jurisdiction. Then one day more will be demanded of us for some future reason, or threat from within.

…and some our beloved social networks and ISP’s are apparently implicated. The truth will hopefully prevail. Unless we are living in an American fantasy.

Check out this Interview with Edward Snowden via theguardian. (Glenn Greenwald and Ewen MacAskill interviewed Snowden but I am not sure which one and where..)

Some of the things Snowden said really struck a chord with me. I could not find a problem with what he was saying in this interview when he was asked:

Greenwald: “Why should people care about surveillance?”

Snowden: “Because even if you’re not doing anything wrong you’re being watched and recorded. And the storage capability of these systems increases every year consistently by orders of magnitude to where it’s getting to the point where you don’t have to have done anything wrong. You simply have to eventually fall under suspicion from somebody even by a wrong call. And then they can use this system to go back in time and scrutinize every decision you’ve ever made, every friend you’ve ever discussed something with. And attack you on that basis to sort to derive suspicion from an innocent life and paint anyone in the context of a wrongdoer.”

This is more data than anyone can visualize. It all comes at a price; financial and cultural. We live in a dangerous world and dedicated patriots are trying to protect the public. Just don’t do it like this. Civil rights and human rights; they walk hand in hand. 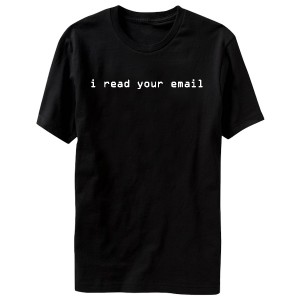 This is a T-shirt that is a available at online geek shops. It is a joke, but some IT employees are in a position where it is super easy to read emails. Or you can because you just know how to intercept them. IF you wanted to that is. IT people often have oh so much access where they are employed. This really is a job that so often requires a trustworthy character and tremendous professionalism.

I would like to share that I still have to write my “reflection paper” for Digital Research class. I have been thinking and reading about it all week because the topic of privacy did come up in class. This post will be part of my response.

Oh, and my answer is: Edward Snowden is a Whistleblower! I hope he can come home someday.