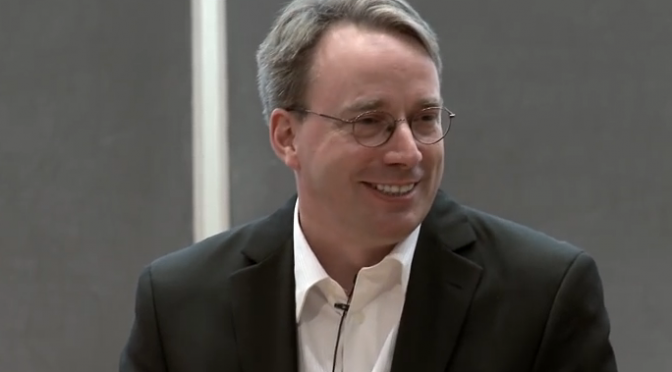 Linux should be more popular…

Shouldn’t it? With Linux being very competitive with other operating systems in the areas of servers, routers, tablets and phones why do we not see Linux in the hands of consumers on more desktops? Windows and Apple are still the dominant desktop computers. Who better to answer this question than the person who started working on Linux in 1991 while a student at the University of Helsinki in Finland, Linus Torvalds. 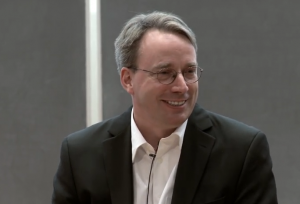 In this video Linus explains why Linux does not dominate the industry the way it does with servers.
Q&A session with Linus Torvalds: Why is Linux not competitive on desktop?? * 3:24
It is because “most consumers do not want to install an operating system on their machine”. This is also true of cell phone and tablets. Currently it is still not common to find a Linux operating system pre-installed on computers.

* Here is the link to the informative full one hour HD interview with Linus if you are interested.

Linus Torvalds: Why Linux Is Not Successful On Desktop

In this interview, Linus expands on the reasons that Linux is not as popular in today’s marketplace. What consumers want from computers is changing, many people are even leaving the traditional desktop because a simpler system where they might need a browser and a few tools is what they are looking for. The core desktop market is tough because there is so much variance with hardware and software packages that you have to be able to accommodate all of that complexity. People are also reticent to change something that they already know and depend on like an operating system.

Seems obvious now doesn’t it? Still, the situation is changing with distributions like Ubuntu be made available to consumers pre-installed even with the well known distributors like Asus, HP and Dell. This may help consumers decide to buy Linux. There are system builders out there who specialize in Linux desktops and laptops. There are hundreds of Linux distributions available, here is an interesting blog about what are probably the top ones for desktop use.

In the end, Linux is being used by consumers

Perhaps you have heard of Android? That is Linux based.. Then there is the Chromebook! Perhaps these could be topics for another day. Linux is being widely used and consumers are not directly aware of it. …and in the end, I guess I don’t blame people for not wanting to install their own desktops, or devices!